Should dogs be treated as people? Psychology Today blogger Gregory Berns thinks so. Recently, in a New York Times op ed titled, “Dogs Are People, Too”.  – Berns, a professor of neuroeconomics at Emory University, argued that dogs “seem to have emotions just like us” and that our four-legged friends should be entitled to “personhood.”

These claims are based on a study of canine brain activity published last year in the journal PLoS One (here). Using operant conditioning, Berns and his colleagues trained two dogs over several months to hold their heads completely motionless for 30 seconds in an M.R.I. machine, not an easy task. The dogs were then shown hand signals that indicated the presence or absence of a food reward while researchers recorded their brains’ firing patterns. The scientists found that when the dogs were given signals indicating a reward, a part of the brain called the caudate nucleus showed increased activity.

It is a clever study, and it offers the first glimpse into the inner workings of the brains of man’s best friend. The dogs were enthusiastic about participating in the research (see this very cool video of the training procedures). Since the publication of the PLoS article, Berns’ team has trained a dozen “M.R.I. certified” dogs. This is certainly an important line of research, and my friend and fellow PT blogger Marc Bekoff agrees with Dr, Berns’ interpretation of his work. (See here for Marc’s perspective on the study.) However, I don’t find some of the claims Professor Berns made in the Times convincing. Here are the reasons why.

My first problem is the assertion in the Times that canine M.R.I. research “pushes away the limitations of behaviorism.” Ironically, as described in their PLoS One article, the training procedures were all taken from the behaviorists’ tool kit. The trainers used classic operant conditioning techniques known to all undergraduate psychology majors—shaping, chaining, and primary and secondary reinforcement (clicker training). Further, the dogs performed a simple discrimination task —exactly the same task that generations of behaviorists subjected pigeons and rats to in Skinner boxes.

More importantly, when it comes to the canine mind, the limitations of behaviorism were pushed back well before the publication of this study. Over the past 15 years, the study of dog minds has become a cottage industry among cognitive ethologists. Canine researchers from Manhattan to Budapest have published studies showing that dogs are attuned to human emotional states (here), can learn human words with amazing rapidity (here), and even play a doggy version of Simon Says (here). Further, old school behaviorists would be delighted to learn that the caudate nucleus is a reward center in dogs—but there aren’t many of them left. The idea that an M.R.I. study is the final nail in the cofin of behaviorism is absurd.

Second, the real importance of the M.R.I. study is not that the caudate nucleus lights up when a dog is happy. Rather it is that dogs can be trained to sit motionless in an M.R.I. machine so we can see what is going on in their heads. As the Emory research team pointed out, it has long been known that the caudate nucleus is involved in the experience of pleasure in human and non-human animals. Indeed, in their PLoS article they explicitly state that their results “were not surprising.” 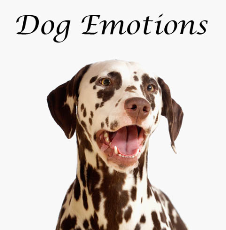 Are Dog Emotions Just The Same As Human Emotions?

Third, professor Berns argues that his M.R.I. studies indicate that dogs have the same emotions as people. I don’t see the connection. There is considerable disagreement among neuroscientists about the meaning of M.R.I pictures in humans, much less dogs.

"PROUD OF MY DOG" is the ultimate LOVE for dogs! / Copyright - All rights reserved by PROUD OF MY DOG group - news@proudofmydog.com
Back To Top
×Close search
Search
×